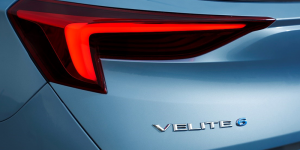 The locally sourced A123 Systems batteries failed to meet GM’s performance and safety standards during testing. The PHEV version of the vehicle was set to go into serial production next month, but has been put on hold indefinitely while GM searches for a new battery supplier. The same applies to the battery-electric version due for next year.

The Buick Velite 6 is an adapted version of the Chevy Volt, developed for the Chinese market. The replacement of the batteries will not be as simple as finding a new partner and swapping the batteries out, as new protocols and technical standards have to be developed, spelling potentially major delays for the Velite 6.

GM claims that they are still on target for their plan to release 10 new energy vehicles in China by 2020. A spokesperson said: “In China, we are on track to introduce 10 new energy vehicles between 2016 and 2020. Given those two goals, all-electric vehicles like the Velite 6 battery electric vehicle are obviously our priority.” Without a battery supplier, the target may be difficult to reach, not to mention the incoming quotas from the Chinese government. They may have to get creative in order to meet the political demands.