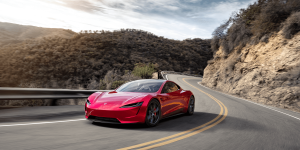 Tesla has managed to achieve a large jump in their production and sales number for Q3 of 2018. With 80,142 vehicles produced, they have increased the production volume by 50% compared to the previous quarter. With deliveries, Tesla has also managed to crack the 80,000 number of vehicles.

The last months have been turbulent for the Californian automobile manufacturers, particularly regarding the optimization of the production process of the Model 3. The company moved from their “production hell” to a new problem: deliveries. But it seems that Tesla has managed to close the gap in their most recent quarterly report. The company has reported a total of 83,500 delivered vehicles, including 55,840 Model 3, 14,470 Model S and 12,190 Model X.

To compare, the previous quarter showed a delivery of 40,768 BEVs, including 22,319 Model S and X, as well as 18,449 Model 3. However, it is likely that the manufacturer pushed the numbers from Q2, in order to capitalize on tax subsidy for another quarter.

Regarding the ambitious production plan by Tesla, it looks like the 53,239 produced Model 3s are fully on plan. While the beginning of the quarter saw Tesla mainly focusing on production of the rear-axle powered version, the AWD version ended up being the most produced version of the vehicle during the period. Regarding the weekly production targets, the last week of the period saw Tesla achieving their hoped production volume of “more than 5,300” Model 3 vehicles per week.

Tesla also stated that they managed to deliver more than 80% of the vehicles manufactured in 2017 in Q3 alone. They also added that about twice as many Model 3 were delivered as in Quarters 1 and 2 put together. At the end of last quarter, about 8,000 Model 3 were still awaiting delivery, which have now been delivered and integrated into the Q3 statistics.

The company stated that the third quarter would be used to stabilize production and logistics, before expanding the direct delivery model in Q4 of this year. Whether Tesla managed to achieve profitability in Q3, as they had aimed for previously, is still unknown, as Tesla has yet to publish their business numbers.

The planned Gigafactory in Shanghai received some additional attention, as the Californians are now planning to accelerate construction as the mood between the USA and China is souring politically. Importing vehicles leaves a cost factor that is 55 to 60% behind local production. Exactly how much the production will be sped up was not stated, however.