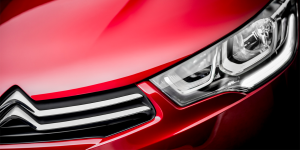 Citroën of PSA is gearing up their electrification effort. PSA’s chief developer Gilles Le Borgne confirmed plans to launch the next generation of the C4 as a purely electric version by 2020 with the aim of competing with Volkswagen’s ID. reports Auto Express.

In detail Citroën has decided to position the new C4 on the electrified Common Modular Platform, the e-CMP. This corresponds to the approach taken on the executive level, namely by Citroën boss Linda Jackson who had emphasised in Paris that the new C4 was right at the top of the company’s agenda.

The e-CMP architecture supports small to medium-sized electric models. Originally, PSA announced a 50 kWh battery capacity that could be integrated into the platform, but in the latest report, Le Borgne hinted at a battery with up to 60 kWh. This should be enough for a range of 350 km (WLTP). For comparison: Volkswagen’s MEB platform, the ID. incorporates allows WLTP ranges of 330 to over 550 kilometres.

On a smaller level, CEO Linda Jackson has also recently announced a purely electric drive for the next generation of the compact C1 car. However, a final decision on the C1 has yet to be made and depends on PSA’s overall strategy that includes the C1’s sister models, the Peugeot 108 and Toyota Aygo. It is quite possible though for all three cars to become electric in future.