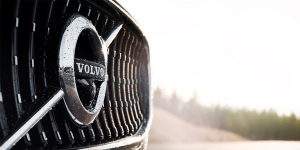 The first result of the cooperation is expected to be completed “some time after 2020”. It is also still unclear which Volvo platform (SPA2 or CMA) will be used as a basis for the autonomous BEV. Baidu has already announced their intention to use their Apollo platform for the autonomous driving venture.

The deal with Baidu is a further step towards the ambitious autonomous driving targets set by the Swedes, further proving their commitment in the technological area. A year ago, Volvo announced that they intended to manufacture no less than 24,000 vehicles for ride-share company Uber in the period between 2019 and 2021. These vehicles will already be prepared for autonomous technology, meaning that Volvo has a bit of work to do by next year. The model which will provide the basis for the Uber EVs is the Volvo XC90 with a plug-in hybrid motor system.