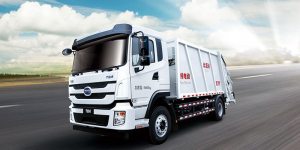 BYD has put their electric truck factory in the Canadian province of Ontario on hold. The initial plan had been to open the electric truck facility next year and to employ at least 40 people. This will not happen for now but perhaps in future.

While Ted Dowling, Vice President of BYD Canada, had stated that the plans were to be stopped for now, he also said they could potentially be picked up later, depending on the business case. The facility would have been the second BYD facility on the American continent apart from the electric bus assembly plant in Lancaster, California.

Specific reasons were not mentioned by Dowling, but media reports cited a significantly better business with electric buses than with trucks in Canada. That the new conservative government decided to cancel the cap&trade subsidies for electrified vehicles last summer was not the deciding factor, however.

Yet BYD boss Dowling does not rule out for Ontario’s newly elected government to roll out a new programme for electric vehicles that could be even better than the old scheme.