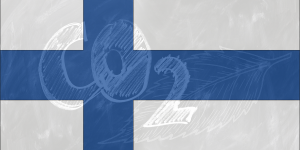 First off, the number electric vehicles in Finland would have to rise to around 670,000 by 2030 and to two million by 2045. The numbers are particularly impressive in light of the official government objective of bringing “only” a total of 250,000 electric vehicles and 50,000 natural gas-fuelled vehicles to the country’s roads by 2030.

However, the Task Force proposes, among other things, a gradual increase in taxes on fossil fuels and subsidies for electric vehicles. The researchers also include recommendation on said policies and warn, that these would need to be balanced. For example, increased road tolls will increase costs of commuting and pose a problem for lower income households. Therefore, the Task Force suggest to complement any such taxation with investments in more sustainable mobility such as electric vehicle incentives but also the promotion of ride-sharing or public transport.

However, a thought from the taxpayers side – any such measures still place a burden on the consumers rather than the actual producers and extractors.

The next Finnish government, which will be formed after the parliamentary elections next year, will decide on the implementation of the measures.