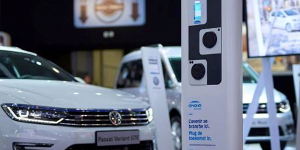 The energy group Engie is cooperating with Arval to offer companies, municipalities and private individuals an eMobility package in the future. On the basis of a monthly rental fee, the service combines leasing from Arval with the installation and maintenance of charging stations by Engie.

The service will be launched in early 2019, first in Belgium and then in France, and will later be extended to Italy, the Netherlands and the UK.

At the signing of the agreement, Executive Vice President Shankar Krishnamoorthy said that Engie’s strategy was to focus on changing energy for more environmentally friendly mobility solutions, including for electric vehicles. “This new integrated offer, which we created together with Arval, will democratise access to electric vehicles and help improve air quality and reduce noise pollution in cities.

In March 2017, Engie had made the company sit up and take notice with the takeover of the Dutch charging infrastructure specialist EVBox. The group is also involved in several projects involving V2G and hydrogen mobility.