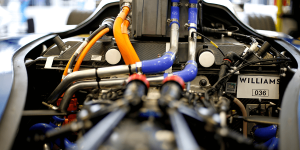 Umicore’s recovery process includes sorting the batteries after collection, dismantling the battery packs and recycling high-quality metals. These are recovered using smelting technology followed by hydrometallurgical treatment. The Formula E batteries have been made by Williams Advanced Engineering and have been picked up already.

Formula E founder and CEO, Alejandro Agag, considers the new partnership an “important moment for Formula E” and emphasised Umicore’s “closed loop approach”. The company described the said approach as particularly sustainable, meaning that the materials are taken apart with methods that ensure the environment is not exposed to hazardous compounds. The recycling process involves recovering metals and transforming them into metal alloys that can be used again, either for new, rechargeable batteries or other products.

Umicore has announced a renewed focus on batteries from electric vehicles already last year and is working to scale up their facilities reportedly. Hence the Formula E is not the only automotive partner for the Belgians. Audi and Umicore, for example, are also looking to set up a closed loop for the recycling of high voltage batteries from electrified vehicles, with particularly valuable materials, including cobalt, nickel and copper, to be stored in a resource bank. Umicore has recently also started a consortium with BMW and Northvolt to jointly develop a complete value chain for electric vehicle battery cells in Europe.

Back to Formula E, where the new partnership does not come as a complete surprise. Umicore has been involved in the electric car racing series as a technology partner for Mahindra Racing for some time. The third season is on at the moment with the latest races just having taken place in Mexico City reportedly.