Amazon, however, does not want to tackle this goal alone but needs to encourage suppliers within the supply chain to participate in the project. For Amazon’s supply chains, this will have to mean using electric vehicles wherever possible.

The ambition to cut carbon emissions of half their deliveries by 2030 was set out in a blog post by Dave Clark, senior VP of global operations. He said the company currently has over 200 scientists, engineers, and product designers who are engaged in an “extensive” project over the past two years to develop a model that provides data to help internal teams identify ways to reduce their ecological footprint. For the first time, the company wants to publish its carbon dioxide balance this year.

Half a year ago there were the signs of Amazon trying to achieve the electrification of the last mile. It became known that Daimler was working with partners to develop a holistic ecosystem of products and services for companies and logistics operations. Amazon is part of the “BaseCamp” operator concept at the Amazon distribution centre in Bochum, Germany. Daimler will provide its supply partners with 100 eVito vans by the end of the year while Innogy, as project partner at the site, will set up the charging infrastructure for this electric fleet. 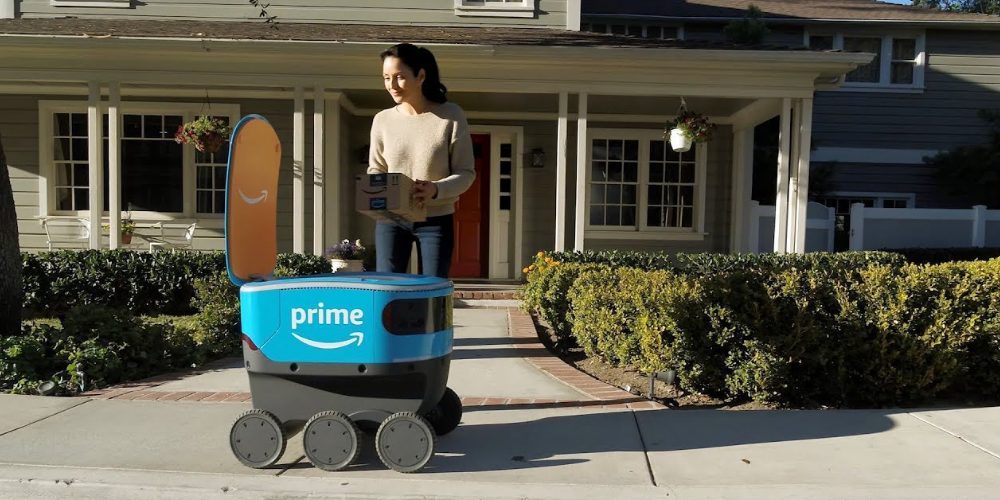 This year Amazon started trials for autonomous delivery bots, but they are by no means the first as Stop&Shop and Walmart are both already testing their own versions.

However, the online sales giant has been engaging quite intensively with electric mobility lately. They recently led the 700 million dollar financing round for the electric car start-up Rivian Automotive. In addition, Amazon recently contributed a “significant amount” to the second financing round of the startup Aurora. It seems that Amazon is demonstratively turning its attention to autonomous driving and electric vehicles.