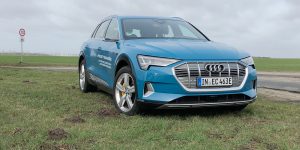 After Audi began deliveries of the all-electric e-tron to customers in Europe in March, the German luxury car giant is now able to reveal its first distribution figures. According to these, most e-trons have so far gone to Germany (490) and Norway (621).

According to Audi, around one-third of the more than 20,000 advance orders for the e-tron worldwide come from Norway. Deliveries in the USA are scheduled to start in May. In China, the model will be delivered to dealers in the second half of the year.

There are, of course, rumours that vary as to how smoothly further order processing will proceed. For example, two weeks ago it was reported that Audi had problems with the battery supply from LG Chem, citing suppliers and employees. The carmaker can therefore apparently only produce about half of the originally announced 300 e-tron per day at its plant in Brussels, but there is still no official statement from Audi on the matter.