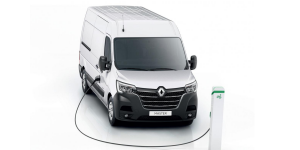 Renault is cooperating with the French shopping centre operator Klépierre to offer customers a car-sharing service, including electric vehicles and charging stations. The launch is scheduled for June in various regions of France.

Namely Renault and Klépierre will roll out the new services at malls in Val d’Europe (Paris region), Blagnac (Toulouse) and Bègles Rives d’Arcin (Bordeaux) before extending the scheme nationwide in the coming months. Renault’s mobility unit has also entered into similar cooperation with Ikea just this April.

Moreover, the plans go beyond France and “simple” charging. Renault and Klépierre are also developing what they call Charging Houses. Renault will install these multi-use stations for electric vehicles in the car parks of shopping centres located in densely populated areas. Both visitors and residents will be able to use the stations day and night with the option to reserve a charging spot. The service will launch in thirteen malls in France by the end of the year before being rolled out across Europe.

In the long run, autonomous vehicles may be thrown into the mix. For now, Renault and Klépierre see their offer as complimentary, especially as the Group has also committed to equipping 100% of its shopping centres with electric charging stations by 2022.