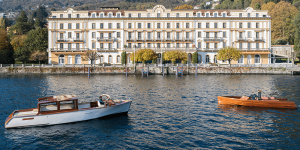 At this year’s Concorso d’Eleganza Villa d’Este 2019, the shipyard Ernesto Riva presented its classic ‘Vaporina’ in a fully electric version for the first time. The “Elettra”, for which Ecovolta is on board as a technology partner is also the first to launch on Lake Como.

The Swiss battery specialist has delivered the batteries, inverters and electronics for the electric yacht that is now available to rent on Lake Como. Moreover, the Elettra is made entirely from wood, a speciality of Ernesto Riva that has been building boats since 1771.

Despite its long history, the shipyard has entered modern times. The current Vaporina Elettra has two electric motors, each with a power output of 100 kW, a length of nearly 10 metres and room for 12 people on board. The lithium-ion batteries used in the Elettra provide a total capacity of 180 kWh and enable 5 hours of autonomous operation at a speed of 13 knots. Thanks to their energy density of 480 Wh per litre, the batteries offer a high capacity without taking up too much space.

Besides, the shipyard had already presented its e-Commuter, which is also fully electric, last year, also with the system by ecovolta.

For now, the electric yacht is a one-off and available for tourists to rent in Italy so that no price has been named.