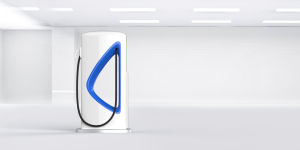 The Chinese fast-charging startup XCharge wants to set up a network with at least 1,000 DC chargers for electric cars in Australia and is cooperating with Southern Sustainable Electric Australia (SSE Australia) as its sales partner. The network will also include liquid-cooled 350 kW HPC charging stations. XCharge has not yet specified a timetable.

Electric mobility in Australia is still in its infancy. Many distances across the vast country seem too far. The Chinese company XCharge wants to change that. Together with SSE Australia, the company wants to accelerate the expansion of the charging infrastructure – “including at least 1,000 DC fast chargers,” according to a press release.

The company itself calls this figure “ambitious”, but is relying on their own hardware and software. “Prepared with experiences in both China and Europe, it is the right timing for us to bring our solutions here with our local partners,” said Simon Hou, COO and co-founder of XCharge. The partner, SSE Australia, comes from the energy sector and has no experience with electric mobility.

XCharge describes itself as a “Beijing-based international provider of charging solutions for electric vehicles”. Founded in 2015, the company has sold more than 30,000 chargers, according to its own figures. Since the end of 2017, there has been a European branch in Hamburg. The brand name XCharge often remains in the background, the charging stations are mostly operated under the branding of vehicle manufacturers, energy suppliers, municipal utilities and municipal players. In addition to hardware, the company focuses on platform solutions. The cloud-based software is intended to increase the utilization of the charging stations and the turnover per vehicle.