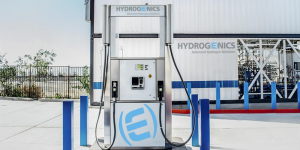 Cummins announced that the company will acquire all shares of the Canadian fuel cell and hydrogen technology developer and manufacturer, with the exception of the shares Air Liquide acquired in Hydrogenics earlier this year. Cummins will pay $15 per share, equivalent to $290 million in shareholder value.

Further details on the deal and its impact on both companies will be announced by Cummins CEO Tom Linebarger later this year: “Upon closing, we will share more details about the acquisition and our strategy to offer a broad portfolio of power solutions to meet our customers’ needs.” According to the announcement, Cummins expects the transaction to close in the third quarter of 2019.

The US manufacturer Cummins was previously known for its diesel engines, but over the last two years has already made a number of significant and decisive acquisitions in the field of electrically powered vehicles. After presenting the prototype of an electric truck in 2017, Cummins acquired the former electric motorcycle manufacturer and current battery specialist Brammo, followed in February 2018 by the acquisition of Johnson Matthey’s UK division specialising in electric and hybrid vehicles. Just a few months later in July of 2018, Cummins also acquired Efficient Drivetrains,  as well as joining the Hydrogen Council. Now, with the acquisition of Hydrogenics, the US firm is setting itself up for rapidly growing markets in zero-emission technologies.

Cause found for fire at H2 refilling station in Norway