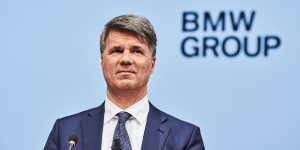 BMW CEO Harald Krüger has informed the Supervisory Board that he will not be available for a second term of office. The actual renewal of the contract had recently become more and more questionable – likely also because of Krüger’s hesitation regarding electric mobility.

According to BMW, Krüger has informed the Chairman of the Supervisory Board, Norbert Reithofer, that he does not intend to extend his contract, which runs until the end of April 2020. Reithofer received this information with respect and understanding, said the carmaker. At its next meeting on July 18, 2019, the Supervisory Board will deal with the question of a successor. Until a decision is made, Krüger will continue in his position as Chairman of the Management Board.

Krüger justified his decision with the fact that after more than 27 years with BMW, he now wanted to reorient himself professionally. The past few weeks have probably also played an important role in this: The usual extension of his contract had become increasingly unlikely.

German media sources like Spiegel have further speculated that Krüger’s withdrawal merely precedes his own dismissal. Among other things, he is accused of being too reluctant to convert to e-mobility. Under his leadership, BMW has also lost its position as Germany’s leading premium brand to Mercedes: since 2016, the Stuttgart-based company has sold more cars than its core brand BMW. As a result, Krüger may have lost support on the supervisory board. In 2015, with the support of the Quandt owner family, he was appointed the successor to Norbert Reithofer, who is now a member of the Supervisory Board.

This decision was a turning point for the expansion of electromobility at BMW: Herbert Diess, then member of the Board of Management responsible for Development, had decisively advanced electromobility at BMW and strengthened the BMW i division in-house. After his defeat in the duel for Reithofer’s successor at the top of the board, Diess left for Wolfsburg – the upcoming electric offensive bears his signature. BMW, on the other hand, made little progress: The reluctant Kruger – preferred by the Quandts to the demanding Diess precisely because of this characteristic – invested significantly less in this future field with an uncertain return. As a result, leading minds from BMW i left Munich – including names such as Carsten Breitfeld, Benoit Jacob and Dirk Abendroth. This also meant that a great deal of electromobility expertise was lost – since the i3, BMW has only launched plug-in hybrids on the market.

The role of electrification pioneer among German car manufacturers is gone. Krüger’s push at the end of June to accelerate the carmaker’s electrification road map by two years seems to have come too late.

Oliver Zipse, Chief Production Officer, and Klaus Fröhlich, Head of Development, are considered possible candidates for the Krüger succession. This is also likely to be another trend-setting decision: Zipse is sociable and more reserved but has remained pale to the outside so far. Fröhlich has been described as more outgoing but has mainly been profiled in the combustion motor world.

Most recently, Fröhlich had made headlines when he described the switch to electrification as “overrated”. There was “no demand for BEV from customers”, only from regulators. In the meantime, Fröhlich has rowed back and said in an interview that the statements had been shortened by the most important part, namely: “One thing is clear: electric mobility will come,” as reported in our news brief.

But Fröhlich is already 59 years old – according to an internal BMW regulation, board members automatically retire at the age of 60. A high, but not an insurmountable hurdle. If the Supervisory Board were to deviate from this regulation, which also forced the then successful Norbert Reithofer to move to the Supervisory Board, this would, however, be a sign of a more serious crisis. The name of Chief Financial Officer Nicolas Peters was also mentioned. As the “Frankfurter Allgemeine Zeitung” reports with reference to corporate groups, however, the 55-year-old Zipse is to become the new CEO. The company did not comment on the information to the German FAZ.