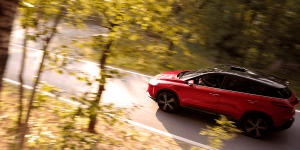 The new cells will increase the range from around 350 NEDC kilometres to up to 520 km. Xpeng states that the energy density is 180 Wh/kg, which is the highest value for a Chinese electric car to date. The charging time to 80 per cent should be 30 minutes.

In addition to the battery, the manufacturer has also revised other parts of the G3, although the car was not launched on the market until the end of 2018. This includes a better suspension tuning, which should offer more control and increase driving comfort. In addition, the brake on the rear axle has been enlarged to reduce the braking distance from 100 km/h to less than 37 meters. The XPILOT 2.5, a comprehensive package of driving assistants, is also available as an option. With the ALC (Automatic Lane Change) function, the G3 should be able to evaluate traffic and road conditions in real time and change lanes automatically by simply activating the indicator.