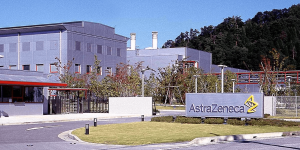 With pharma giant AstraZeneca another large fleet operator is now committing itself to electrify its entire fleet by 2030 as part of the Climate Group’s EV100 initiative. Plus, the UK Government will be the first G7 nation to join the pledge as “Ambassador”.

AstraZeneca’s fleets in Europe, Japan and the USA comprise around 16,000 vehicles, and the company aims to have every single one of these electrified by 2030. AstraZeneca is the 50th company to join the EV100 initiative.

According to AstraZeneca, it already operates 808 electric cars. By the end of the current year, more than half of its fleet in France (245 vehicles) and Scandinavia (230 vehicles) will already be electrified. In Spain (213 vehicles) and Great Britain (120 vehicles), the proportion of electric vehicles in the fleet is to be 35 and 23 per cent respectively. The Group also plans to expand charging infrastructure at its sites.

The company is headquartered in Cambridge, UK, with major corporate sites in the US and Sweden. AstraZeneca is also a member of The Climate Group’s RE100 initiative where it is committed to sourcing 100% renewable electricity in Europe by 2020 and in the US and for its global operations by 2025.

EV100 is an eMobility initiative founded in September 2017. The founding members include Deutsche Post DHL, Vattenfall, Baidu, Ikea, Metro, NP, LeasePlan, PG&E, Unilever and Heathrow Airport among many others.

A prominent institution will soon be added to the list of partners: the British government is to become an international ambassador for EV100. Through this commitment, the Government will encourage all large UK businesses to electrify their fleets, using its international network of embassies to bring that request to businesses across the world. The commitment is in support of the UK’s ‘Road to Zero’ strategy that sets out measures to decarbonize road transport by 2050 by developing, manufacturing and using zero-emission vehicles.

Those wanting to join the pledge may find this interview with EV100 relationship manager Sandra Roling of interest.