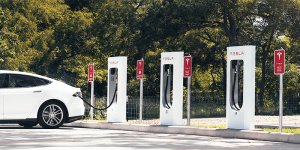 After Tesla reduced the range of older Model S and Model X vehicles by software update at the beginning of this year after a fire in a Model S in Hong Kong, a lawsuit has now been filed against the electric car manufacturer.

While Tesla claims to have installed the update to improve battery life, plaintiff David Rasmussen accuses the manufacturer of avoiding a costly battery recall.

Tesla’s response also denied malicious intent: “A very small percentage of owners of older Model S and Model X vehicles may have noticed a small reduction in range when charging to a maximum state of charge following a software update designed to improve battery longevity.” Additionally steps have apparently been taken to mitigate the issue: “As previously noted, we have been working to mitigate the impact on range for these owners and have been rolling out over-the-air updates to address this issue since last week.”