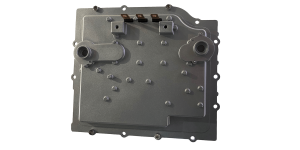 According to British firm, Delphi Technologies, it is the first company in the industry to start series production of an 800-volt silicon carbide inverter for electric vehicles. The supplier has now received an order worth billions.

An unnamed OEM has apparently placed an order worth 2.7 billion dollars with Delphi for the series production of this technology over a period of eight years. The market launch is expected in 2022, initially for a high-performance electric car with 800 volts.

The new SiC inverter is further evolution of the company’s proven high voltage inverter. It is important that the new component supports a multi-voltage platform – i.e. can also process charges with 400 volts. “Doubling the voltage from today’s typical 400 volts brings a substantial range of benefits, both for the vehicle user and for the vehicle manufacturer,” says Richard F. Dauch, CEO of Delphi Technologies. “We have designed this technology to simplify vehicle manufacturers’ multi-voltage strategies as they extend their electric and hybrid vehicle ranges,” he explained.

A few days ago, Delphi Technologies announced a collaboration with semiconductor manufacturer Cree to supply Delphi with its silicon carbide-based MOSFETs for the new 800V inverters. In the inverter, conventional silicon will then be replaced by silicon carbide (SiC), which enables even faster switching in the semiconductors and operation at higher temperatures. “The faster switching alone will allow faster, more compact and lighter motors that offer great efficiency and greater range,” says Dauch. Since the new SiC switches fit into the same package as the current silicon switches, the dimensions of the inverter will not change – which should reduce engineering costs for car manufacturers.

When the recently introduced Porsche Taycan is delivered to customers, it will be the first electric car with 800-volt technology. As a Taycan offshoot for 2021, Audi plans to bring the e-Tron GT to the market at a later date on the basis of the PPE architecture developed jointly with Porsche, which will also include electric cars with 800 volts. At the IAA, both Mercedes with the EQS vision and Hyundai also confirmed the development of electric cars with 800-volt technology.