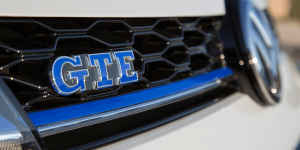 Volkswagen wants to offer two plug-in hybrid variants for the next generation of the Golf. The two variants should cater to drivers wanting a standard PHEV, as well as those wanting a performance-focused plug-in hybrid.

Frank Welsch, Volkswagen board member for research and development, told Autocar that the new Golf GTE with 180 kW will offer more system power than its predecessor. In addition, a PHEV version with 150 kW is to be offered, i.e. with the performance of its predecessor, but not under the GTE label.

Welsch said that the GTE will be sold with either 201bhp or 241bhp: “Today’s GTI is 241bhp, so the GTE should also have 241bhp, so the GTE is really a GTE. But there are some people who just want to stay with a similar plug-in hybrid to today, so that’s why we’re offering the 201bhp, too. It comes without the GTE trim and just [appears] as a normal Golf.”

Volkswagen will use the Mk8 Golf to introduce a powerful 48V mild-hybrid powertrain and a new range of micro-hybrids that will include versions powered by compressed natural gas. The Mk8 Golf has now been confirmed for an October launch and will go on sale in the UK early next year. The new Golf GTE has already been photographed during test drives where a prototype was spotted with a charging port built into its front wing, which would suggest it is the flagship PHEV model.

VW will not be offering a fully electric version for the next Golf because the new ID.3 will be offered instead. The first ID.3 1ST are to be delivered in Germany in mid-2020, and VW has yet to announce further details on that front.