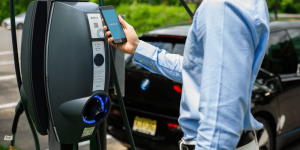 EVBox has connected its charging station network to the French roaming platform Gireve, which currently unites 60,000 charging points from various networks throughout Europe.

“We think roaming agreements are very important (…), says Cecile Post of EVBox, explaining that “Regardless of which eMSP (e-Mobility Service Provider)-subscription a driver has, they should be able to charge on any station.” EVBox’s own network currently includes over 85,000 charging points in 55 countries worldwide, of which 28,000 are AC charging points in 30 European countries. The company was taken over by the French energy group ENGIE in March 2017 and last year expanded its European network by 1,000 already installed fast-charging stations with the purchase of the manufacturer EVTronic.