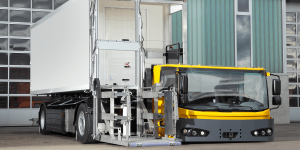 Kamag presents the new E-Catering Wiesel (ECW) at the Inter Airport Europe trade show. According to the manufacturer, the catering vehicle for loading and unloading commercial aircraft is the first to have an electro-hydraulic drive with no harmful emissions and also speaks of “unrivalled range”.

The E-Catering Wiesel’s electric motor directly drives the vehicle’s rear axle with 156 kW while a separate electric motor powers the hydraulics. Using multiple electric motors greatly improves the energy efficiency of the vehicle, says the company, as the working cycle determines which motor is needed rather than running both. Top speed is at 40 kph and Kamag says, as a result, the ECW bridges the typical distances of three to four kilometres to the aircraft in a short time.

Energy comes from two lithium-ion battery packs that offer a total capacity of 80 kWh. Enough for “handling a complete work shift” with 8-hour operations at airports, explains Jürgen Haupt, Head of Sales Logistics at KAMAG. Charging stations or a wall box serve to recharge the batteries and the vehicle also has an onboard charger with a capacity of 22 kW. Besides, the electric motor is capable of recuperation during braking operations. 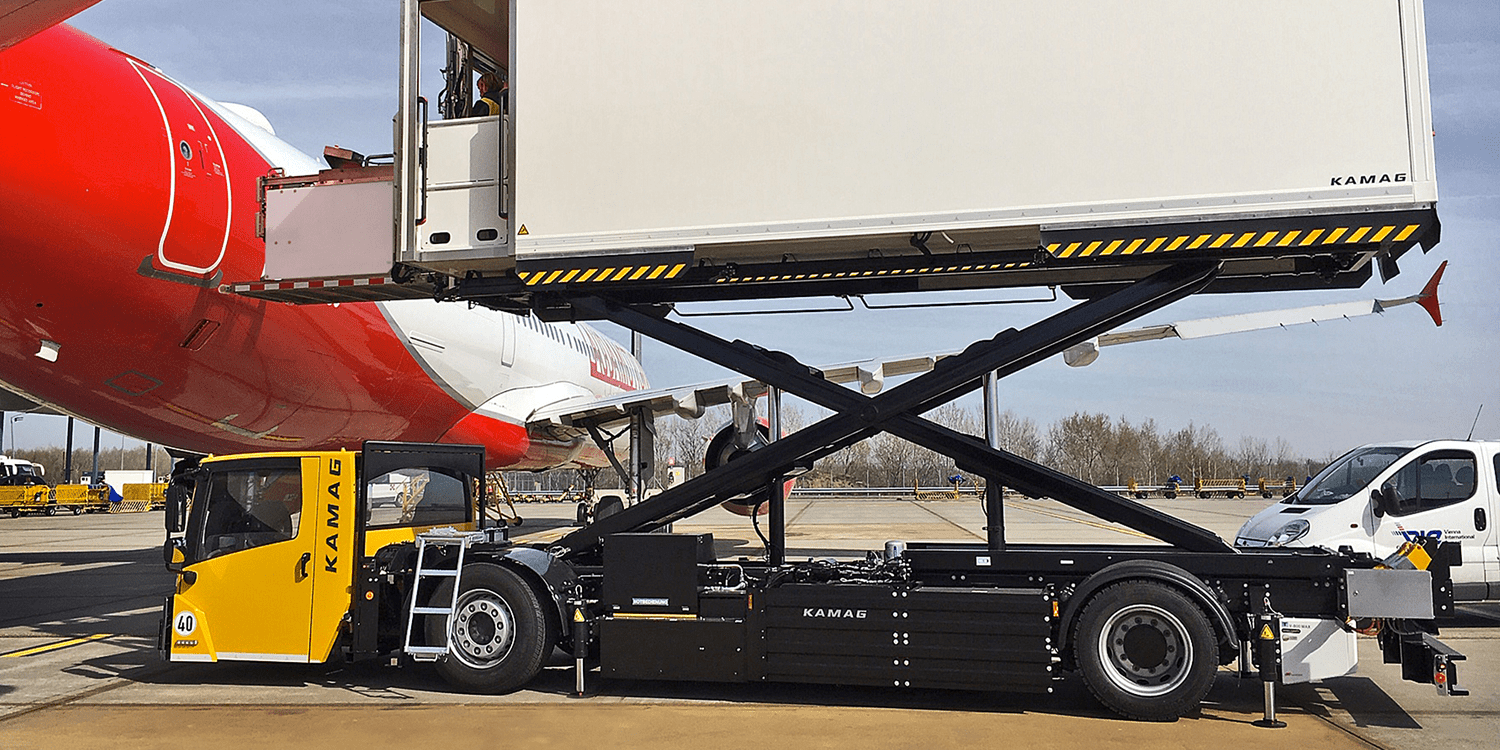 Depending on the version, the ECW has transfer heights of 1.35 to 6 metres, which means the Wiesel can dock onto almost all types of aircraft – only the upper deck of an Airbus A380 is out of reach, according to Kamag. If required, the company can also provide a ground-level variant for small private jets. This case involves moving the cabin hydraulically to one side so that the transfer bridge works like a tail lift.

The body has a loading length of 7.37 metres and can accommodate the “number of roll containers usually required by the customers”. The payload is 4,500 kilograms.

Kamag’s vehicle is aimed at airports that also want to reduce their CO2 emissions on the apron. Since the e-catering Wiesel meets the requirements of the Road Traffic Licensing Regulations, it can even be used to load catering kitchens outside the airport premises.

At the Inter Airport Europe 2019 (8 to 11 October 2019), Kamag will be exhibiting a near-series ECW vehicle that has already been tested at Vienna International Airport in everyday airport operations.