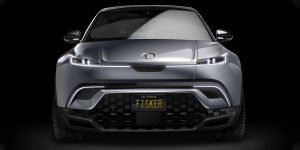 The US manufacturer has revealed the name and further details of its planned electric SUV for under $40,000. The Fisker Ocean will be officially launched on 4 January 2020 and is scheduled to go into production at the end of 2021.

Fisker will take reservations from 27 November 2019. Then Fisker also wants to reveal more details including prices. The company is already indicating that there will be a flexible leasing model for the electric SUV based on an app. “The future of mobility is about enjoying an electric vehicle without hassle, long-term commitment and the prohibitively high cost of ownership,” says entrepreneur Henrik Fisker. Driving the Fisker Ocean is supposed to be as easy, as the company will take care of all the service and maintenance.

Fisker has been working for two years on the new electric car, which, according to the company, will be presented directly as a near-series prototype and not as a “show car”. It is known that the Fisker Ocean will be a luxurious electric car with a range of up to 300 miles (approx. 483 km). One electric motor each on the front and rear axle will provide all-wheel drive. A lithium-ion battery with a capacity of 80 kWh is used as an energy supplier. The electric motor is to be produced in the USA.

What is new now is that Fisker is promoting the electric SUV as a particularly sustainable vehicle using “recycled, vegan and innovative materials”, as the accompanying press release says. For example, the carpet is to be made entirely of recycled material such as nylon from old fishing nets. On the outside, a solar roof also serves as a supporting energy source for additional capacities. We are talking about up to 1,000 extra miles (around 1,600 km) per year.