It looks like Sascha Zahnd is the new European head of Tesla. Zahnd will succeed Jan Oehmicke who left the company last summer. The new European boss will also be responsible for the construction of the Gigafactory 4 in Germany near Berlin.

The Swiss magazine Bilanz first reported the move, which Zahnd confirms on his LinkedIn profile. Zahnd, a Swiss national, was already regarded as a promising candidate after Oehmicke’s departure in July 2019 after only having taken over the position a year before. What remains unclear for the moment is at what date Zahnd officially starts the new position. 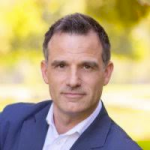 Zahnd has worked for Tesla since 2016, most recently as Vice President Global Supply Chain. According to his LinkedIn profile, he will continue to perform these tasks in parallel for the time being. He previously worked for Swatch Group and Ikea. Little is known about the Zahnd, though the 44-year-old lets slip that it is largely due to his influence that Tesla was able to deliver 97,000 vehicles in the last quarter.

In his new job, Zahnd will experience increased public scrutiny with the high-profile electric carmaker. As head of  Tesla Europe, he will be responsible for local sales, the service and maintenance business, the expansion of the Supercharger network and government relations. In Germany, Zahnd will have a lot of eyes turned his way since he will also be responsible for setting up the European plant in Grünheide in Brandenburg, near Berlin. According to Bilanz, he currently oversees around 5,000 employees, with the Gigafactory 4, with the Design Centre in Berlin potentially adding another 10,000.

Zahnd made no comment on his new position to Bilanz, nor has the Tesla press office made any announcements about his position.

It also looks like Zahnd might also be taking one or two business trips to Israel, where the Californian carmaker has now founded its  Tesla Motors Israel branch. Tesla’s subsidiary states that it will be active in “import, distribution, sales, maintenance and repair of electric vehicles and mobile energy storage systems, power generation systems, etc.”. However, it is still unclear when and how much Tesla vehicles will be sold in Israel.