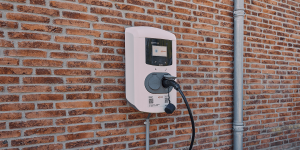 A new US American spending bill includes the retroactive extension of tax credits for home EV charger installation, electric motorcycles, and fuel-cell vehicles. Previously, the credits had been extended through 2017, and have now been extended to 2020.

The retroactive tax credit subsidy initially happened because customers had not been aware of the programme at the time. Now the tax credits have been extended reaching back two years to 2017, as well as forward until 2020. The extension of the credits was done awkwardly in the past, as the application period at one point only covered five days, and the information was only broadcast after the fact. This means that most people who have benefitted from the credits were not planning on doing so, and those who were relying on them have not been able to do so.

There was some talk of extending EV tax credits for electric vehicles beyond the current 200,000-vehicle limit for manufacturers. An extension would have benefitted Tesla and GM who have long since surpassed this number. However, the extension was nipped in the bud, apparently with direct intervention from the White House. In effect, this means that carmakers coming from outside the US have a distinct advantage over American brands Tesla and GM since other carmakers have not yet hit the 200,000-vehicle mark.