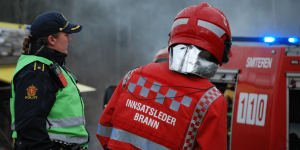 BEVs get falsely accused of fire-starting… again: Hundreds of cars were destroyed in a fire in the carpark building at Stavanger Airport in Norway. Initially, rumours spread that an electric car might have been the cause of the fire, but according to police, the fire was in fact caused by a 2005 model diesel car.

Nevertheless, the fire was devastating and large parts of the building collapsed. A hotel nearby also had to be evacuated. Luckily there seem to be no injuries caused by the fire that broke out on Tuesday and since been successfully put out.