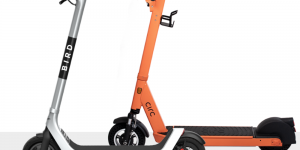 The US-American e-scooter sharing Bird has taken over German competitor Circ tonight. The terms of the deal remain undisclosed, yet it is likely Bird hopes to close the gap with Uber-financed Lime, especially in Europe.

Bird will also add 300 staff to their operations on the continent and be active in the Middle East as a result of the deal with Circ. The news broke amidst previous rumours and a fiercely consolidating market for micro-mobility.

While Circ was reported to have been trying for Series B financing last autumn, it came too late. Circ founder Lukasz Gadowski told TechCrunch at the time that it had been difficult to serve multiple markets in Europe simultaneously. “Basically figure out how to be more efficient, how to run a micro-mobility operation; it’s not optimised yet, and we learned over the summer,” he said.
Gadowski in November also conceded that “when we started this there was a focus on time to market, but now it is not about time to market but efficiency,” he told the tech blog.

It is a sentiment, his new owner, Bird CEO and founder Travis VanderZanden echoed in a recent announcement: “Gone are the days when top-line growth was the leading KPI for emerging companies. Positive unit economics is the new goal line.”


Bird, however, not only acquired the competitor successfully. The LA-based scooter-sharing also announced the completion of a $75 million extension to its Series D funding round, bringing the size of the round to $350 million with investors including Target Global, Team Europe, Idinvest Partners, and Signals Venture Capital. According to our count, Bird’s post-money valuation is now above 3 billion US dollars.

That is not to sayCirc had been entirely unsuccessful. The service spans across 43 cities in 12 countries, and new owner Bird promises that together, they would make “it easier for cities to manage micro-mobility programs while continuing to scale and increase the reliability of its service”.

One of the ways to do so may lie in battery swapping. Circ had introduced the new e-scooters in Austria last year and said then it would expand the offer. Sweden’s Voi made a similar move at the time to green their service in Paris while also making it more efficient.