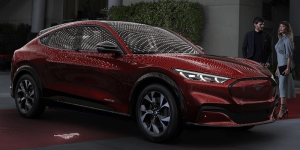 Ford has undertaken a survey for Valentine’s day that shows that using an electric vehicle for a date apparently greatly improves a person’s attraction. Of course, the US-American company immediately integrated this in an advertising campaign for the Mache-E.

The results of the survey found that “Two in three people said they would pick an electric vehicle to make a good first impression on someone. Eight out of ten are down for an electric-powered date night – with three in four saying they’d prefer to date an electric vehicle owner.”

The survey was undertaken by the global research and analytics consultancy PSB in June 2019 covering 3,000 people across Europe, USA and China between June 6 and June 14. It seems that electric cars, once criticised for being a plaything for people with higher incomes, have now become status symbols that show a person is willing to move with the times.