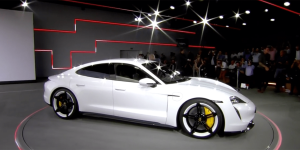 In an interview, he praised Tesla’s innovative spirit but also had some criticism for EVs. Not a stranger to taking a dig at fellow billionaires, Elon Musk fired back with “My conversations with Gates have been underwhelming tbh.”
fortune.com, techau.com, twitter.com

The Anti- Handbook Handbook from Tesla