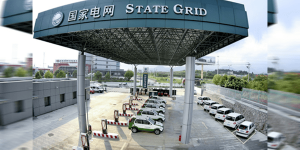 Wang Yanfang, a State Grid spokesperson, explained that “the move is expected to boost the revenue from sales of new energy vehicles by over 20 billion yuan and foster the production of power products and components, as well as upstream and downstream industries of NEVs.”

All in all, China plans to pump more than 10 billion yuan (around 1.3 billion euros) into charging infrastructure industry by the end of the year, thus accelerating the installation of 200,000 new charging stations, including 20,000 for public use. The measures were announced by the National Development and Reform Commission. According to industry data, as of the end of March, there were 542,000 public charging stations in China.

The Chinese government also wants to turn charging stations into comprehensive data collectors. Sun Huifeng, president of CCID Consulting, told ChinaNewsDaily that charging piles will have access to a large amount of data that could spur a broader service market related to NEVs. “For example, they can offer battery information, user habits, vehicle location and other data. With such data, services including secondhand car evaluation and user portraits can be further expanded,” Sun said.

Xiongan Lianxing Network Technology operates most of the Chinese charging stations, a joint venture between the two state-owned utilities mentioned above and the private companies Qingdao Teld New Energy and Jiangsu Star Charge – with the former duo holding 69 per cent of the company. Shortly after its foundation just over a year ago, Xiongan Lianxing Network Technology controlled around 80 per cent of the charging stations in the country.

The country has been stepping up policy incentives to support the development of NEVs again, allocating fiscal funds to encourage infrastructure construction and extending tax exemptions for NEV purchases to boost demand.

Ford may be planning their own EV charging network