Volvo has added new features to the S-Charge series of hybrid buses. The vehicles can now run electrically at higher speeds and cover longer distances than before.

The S-Charge models are full hybrids that cannot be charged externally. Accordingly, they can drive purely electrically (depending on topography and climate) for one kilometre. This is enough to enable access to some zero-emissions zones, as well as the emission-free and silent operation approaching and departing bus stops as well as during boarding and disembarking. In everyday activity, however, the significant advantage of the upgrades is that the purely electric drive of the hybrid buses can now manage up to 50 kph instead of the previous 20 kph.

With the update, the buses will also have their geofencing system. Using “Volvo zone management”, operators can program the bus to automatically switch to electric drive in selected areas and regulate its speed without driver intervention. It should also be possible to define zones for self-charging (by recuperation or via the combustion engine) so that the battery is sufficiently charged for an imminent emission-free zone. Such zones can be set up around bus stops, for example. 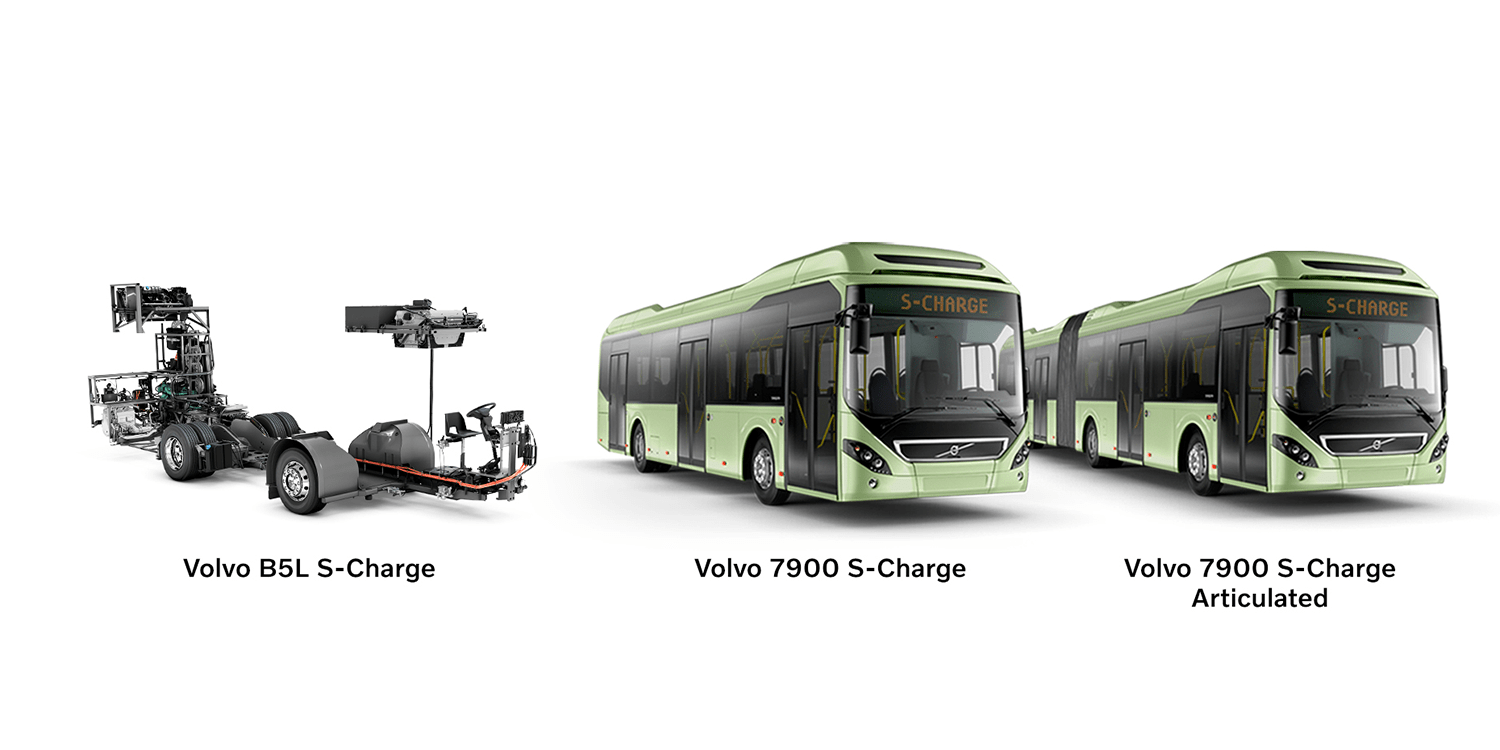 The advantage of the hybrid buses over their purely electric counterparts is that they do not require charging infrastructure. Of course, this is perhaps more of an interim advantage since they are still be bound to combustion fuel stations.

“The new S-charge models are among Volvo’s cleanest buses and reduce the CO2 footprint by up to 40 per cent compared to comparable diesel buses,” says Håkan Agnevall, President of Volvo Buses. “The S-Charge can also run on biofuel, which reduces CO2 emissions even further”.

Volvo offers the hybrid buses as 7900 S-Batch (a 12-metre bus) and 7900 S-Batch Articulated (an 18-metre articulated bus). The technology is also available as a bare chassis under the name B5L S-Charge, upon which other companies can build a single or double-decker bus.