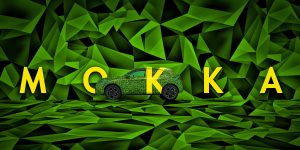 The market launch of the second generation of the Opel Mokka will include a purely electrically driven version. Production of the new Mokka is scheduled to start in the fourth quarter of this year.

The finished battery-electric production vehicles are scheduled to roll to customers in early 2021, Opel recently announced. The German carmaker has said “The second-generation Mokka is all-new and its new technology including e-power is being thoroughly tested, set up and validated before the market launch,” but is not yet revealing technical details about the electric drive.

The completely new design is hardly surprising, since the first version of the Mokka, produced between 2012 and 2019, was based on GM’s so-called Gamma II platform. Since Opel now belongs to PSA, the electric Mokka will also be based on the French Group’s technology. The eCMP will most likely be used for the platform, so a look at the Opel Corsa-e could give an impression of the technical data.

Opel boss Michael Lohscheller describes the new Mokka as “one of the most exciting cars in our long history”. “This second-generation shows everything Opel stands for today and in the future,” says Lohscheller. “it will change the perception of our brand”. Opel has not yet revealed the name of the electric Mokka, but with the Corsa-e in mind, the name Opel Mokka-e seems likely.

The car is supposed to show the further developed Opel design philosophy and to be characterised by a “clear, no-frills design language” and “crisp proportions”. By the way, Opel is again doing without the attached X in the name that the first generation wore since the 2016 model update. According to the teaser pictures now published, the new Mokka is to be unveiled “soon” – in Corona times probably digitally.

Byton furloughs half their US workforce