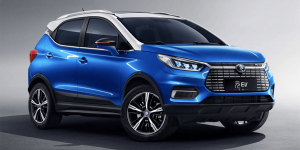 Overall vehicle sales of BYD in the first three months of the year fell by around 48 per cent year-on-year to 61,273 units, including only 22,192 vehicles with electric and plug-in hybrid drive (both categorised under New Energy Vehicles – NEVs). Sales of electrified BYD vehicles fell by 69.67 per cent year-on-year. This drop is 57.68 percentage points higher than that of fuel-burning vehicle unit. This was also reflected in the company’s March figures.

Before the Chinese government subsidies were cut in mid-2019, in early 2019, according to Quartz, BYD had just posted more NEV sales than combustion engine sales for the first time. This trend was on a steep upward curve since 2013 but made the biggest jump from 2017 to 2018. The collapsing oil price and cuts in government subsidies eroded this progress in 2019. The recovery of this progress in comparison to fossil-fuelled vehicles has remained weak in the first quarter of 2020.

BYD is optimistic for the 2020 second quarter – based among other things on the monthly registration figures: As reported, BYD sold 337.25 per cent more electric vehicles and plug-in hybrids in March than in the extremely weak February. So after the slump, the trend is pointing upwards again, even if electric cars are not picking up as fast as combustion engine vehicles. It remains to be seen, however, to what extent the lowered subsidy rates for NEV will affect sales in the course of the year.