Think big: When Volkswagen begins delivering the ID.3 electric car this September, a new era of e-mobility will automatically start. The mass market is finally becoming a reality. But the ID family and the other battery-electric cars from the Tesla Model Y over the Porsche Taycan to the Opel Corsa-e, face a public fast-charging infrastructure that cannot cope with their numbers. There are not enough chargers, and the threat of cues looms large. Besides, there are the known deficits, clearly identified by the National Centre for Charging Infrastructure: According to a working paper, the customer is confronted with isolated applications, high unreliability, inconsistent information and different user interfaces. The solution to the problem: NOW’s National Centre for Charging Infrastructure is preparing the tender for a gigantic rapid charging network together with the Federal Ministry of Transport (BMVI). The project will start in the fourth quarter at the latest, then aiming for 1,000 sites with up to two-digit and in some cases even three-digit numbers of DC-charge points.

“This is a paradigm shift”, says Johannes Pallasch, head of the National Centre for Charging Infrastructure at the federally owned NOW GmbH, in an interview with electrive.net. Instead of distributing subsidies directly to companies, the state puts 1,000 DC sites out to tender. In other words: NOW’s National Centre for Charging Infrastructure is having construction started. “We must overcome the current market failure,” demands Pallasch. By this, he means not only the number of fast-charging stations but also their function. Tesla is the role model, and NOW wants to go a step further: What about improving the service – think roofing and clean toilets, for example – and even charging robotics is conceivable.

“The current funding practice is not efficient enough. Whether we truly build-up, in the end, is not up to us”, Johannes Pallasch from NOW continues to criticise and outlines the concept of the 1,000-site programme. The essential contents in extracts:

The overall objective remains user-friendliness. No electric car driver should be annoyed by lack of availability, excessively high prices, laborious power connection or wet charging plugs. Or, as the specification states: ‘The guideline is a comprehensive, needs-based and attractive solution’. The National Centre for Charging Infrastructure has also developed a location tool for this purpose, which ensures the optimal distribution of DC- charge parks on long-distance routes and even in urban conurbations.

There is a concrete timetable for the fast-track network with 1,000 locations: NOW GmbH will issue the Europe-wide invitations to tender in the third quarter of this year. To this end, discussions with potential market players on “concerns, needs and capabilities” will take place before the start of the Q4; the Centre expects the procedure to take no less than eight months.

One of these market players and potential bidders is EnBW. Lars Walch, Head of Sales and e-mobility business models at the ambitious utility from Baden-Württemberg, comments on the federal initiative in an interview with electrive.net: “We decisively welcome the programme because the competition continues. This doesn’t eliminate competition.” However, Walch also points out that the timeframe is not ambitious enough and should be tighter, given the expected sales figures for electric vehicles.

What sounds so simple is ultimately the consequence of ten years of continuous and unfortunately insufficient charging infrastructure development in Germany. Too many problems were shifted onto the consumer. The minor defects that strain patience and damage e-mobility’s reputation must be remedied. The 1,000-site programme of the National Centre for Charging infrastructure is pursuing a particularly promising approach to solving these limitations. Now it is essential that quality and speed come together and that the right idea becomes a perfect reality. 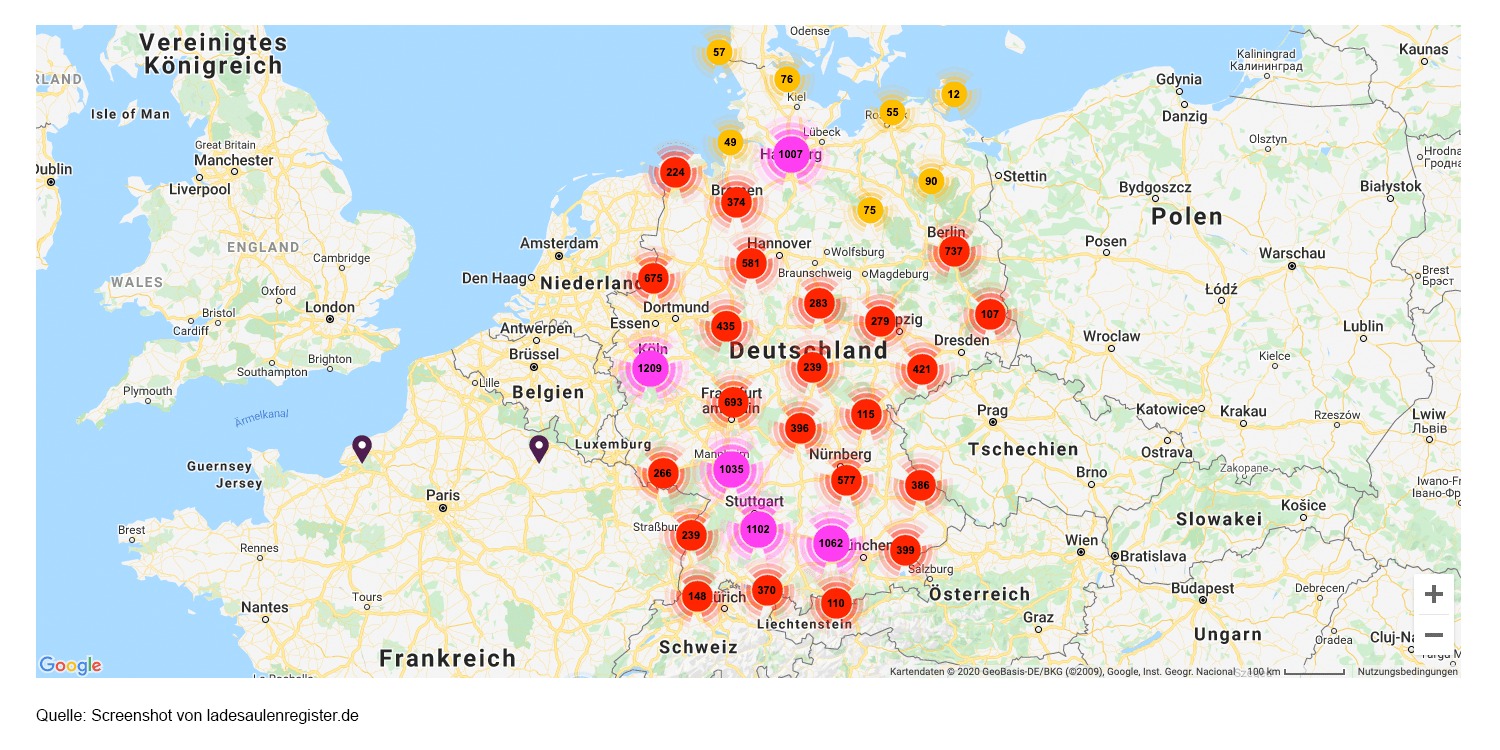 The charging experience should ultimately be as comfortable and transparent as on Tesla’s Supercharger. B2B price wars such as the recent one between Ionity and EnBW should be a thing of the past. And the route from Berlin to the Baltic Sea should not prove a failure because of a dead battery, because the infrastructure was only built in the busy south and west. In short, Germany is finally putting the heat on the issue of public charging infrastructure.