Volkswagen’s US subsidiary Electrify America has completed its first fast-charging corridor connecting both coasts of the country. The company plans to complete a second “cross-country route” by September 2020.

The Cross-Country Route #1 now opened covers eleven states and more than 2,700 miles between Los Angeles and Washington D.C. This route offers rapid charging with up to 350 kW. The corridor’s charging stations are about 70 miles apart on average. The route follows Interstates 15 and 70.

The Cross-Country Route #2 runs further south and leads from Jacksonville in Florida along the Gulf Coast through Texas and then follows the Mexican border into the San Diego area. This corridor is already usable in principle, but some stations are still missing – which is why the distance between two Electrify America locations can be greater than the targeted 70 miles. 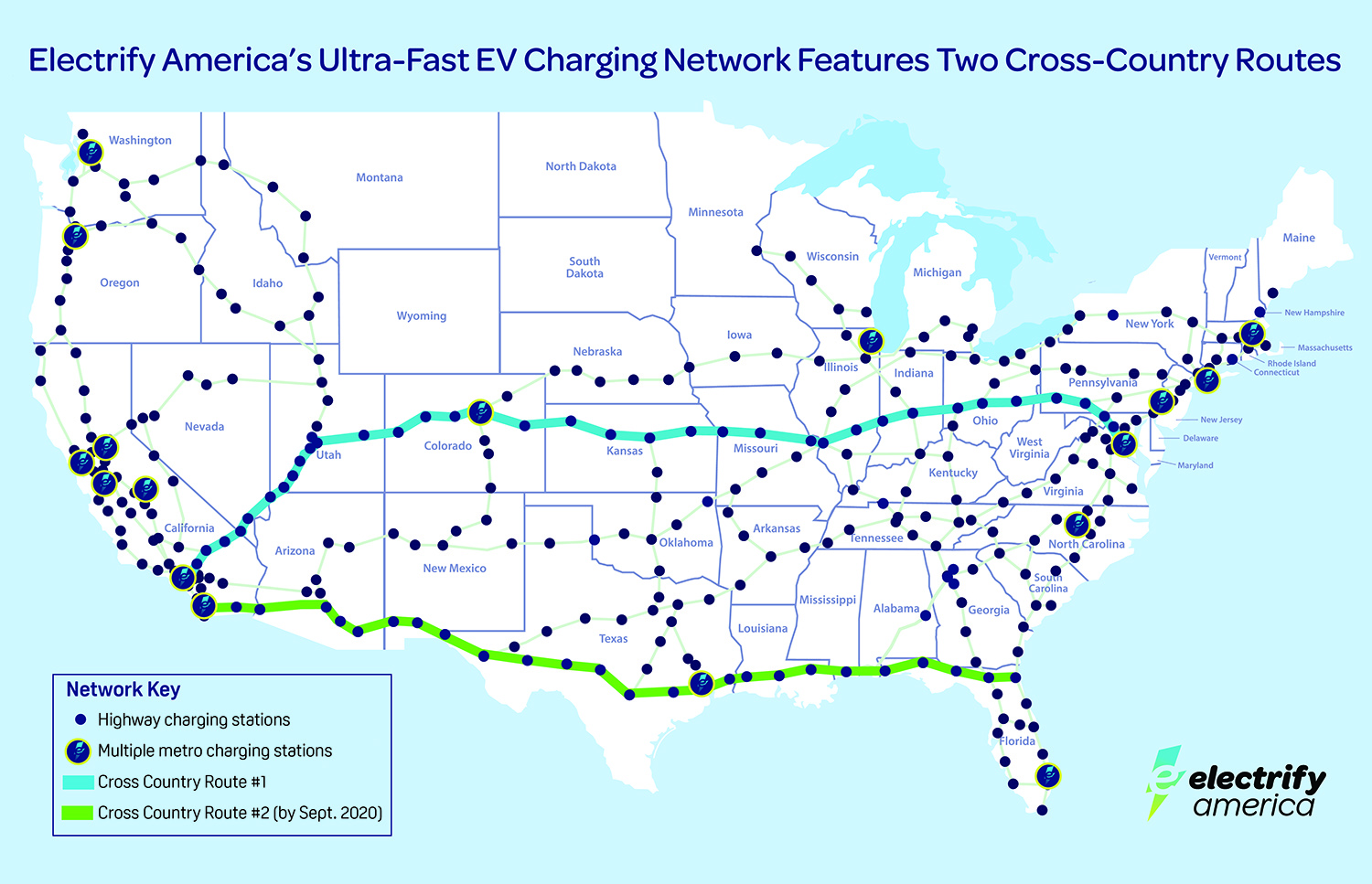 Between the two east-west corridors there are several north-south connections, for example from Florida to Maine, from Florida to the Great Lakes or from Texas to Kansas. In some metropolises, Electrify America is also represented with inner-city rapid charging stations. According to the company, the charging network currently comprises 435 stations with over 1,900 DC charging points. A further 100 locations are currently under development.


“Electrify America’s primary goal has always been to advance electric vehicle adoption in the U.S., and that starts by instilling feelings of confidence and freedom in consumers when it comes to EV ownership,” said Anthony Lambkin, director of operations at Electrify America. “The completion of our first cross-country route is a significant step towards that goal – by making long-distance travel in an EV a reality, we hope to encourage more consumers to make the switch to electric.”

By the end of 2021, Electrify America plans to have 800 charging stations with 3,500 fast-charging points across the United States. Last year, the company said it opened 1.2 charging stations per day. Electrify America was founded in 2017 in the wake of the diesel scandal. In a settlement, Volkswagen had committed itself to investing two billion US dollars in the development of a charging network for electric cars.