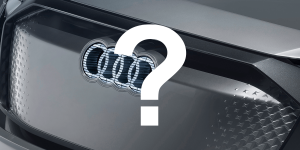 The Volkswagen Group is planning a proprietary charging network throughout Europe, Spiegel magazine claims, citing circles around Audi’s project Artemis. It looks like initially, only Audi drivers would benefit from the hi-tech network with Porsche clients to follow.

The article leaves open whether other Volkswagen brands or even competitors will be able to access the network later. The first step, therefore, seems to be a proprietary charging network for Audi electric cars as well as Porsche’s, similar to that of Tesla and their Superchargers. Locations and targeting of potential sites is another open question, i.e. whether the chargers will line the motorways or centre around urban sites.

Spiegel broke the news referring to people close to project Artemis. It is designed to give Audi a “Vorsprung” when it comes to developing highly automated driving and has a concrete all-electric car in tow. This new concept envisioned for 2024 includes an all-around approach to services. At the same time, Audi claims Artemis will complement the Volkswagen Group’s 75 planned electric models by 2029. Artemis shall help the Group benefit from new markets and become a “blueprint for the future agile development of automobiles,” said the new Audi CEO Markus Duesmann at launch. In return, the team will be given considerable freedom and may draw on the resources of the entire Group.

Neither Spiegel nor Audi name any technical advances the premium chargers may utilise. High power charging is already installed across Europe by Ionity, in which Volkswagen has a stake, of course, and with prices that fit an almost exclusive approach. The report does mention that the new network’s proprietary nature would allow customers to reserve charging points in advance and that Audi may provide shopping and entertainment services to make the wait worthwhile. In principle, however, the project is still at an early stage with details to follow, possibly in autumn.

There is also the public perspective that poses questions of the feasibility of a proprietary network in Europe. While such one-manufacturer charging networks exist in the first place with Tesla and Rivian to follow suit, in Germany, for example, the charging station regulation LSV prohibits a closed system – on public grounds. Finding private sites would be an option but would surely require Audi and Volkswagen to jump high regulatory hurdles on a cross-country course.