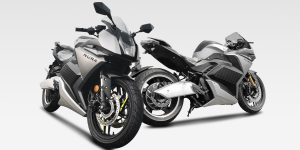 The motorcycle of class L3e shall also have a type 2 socket for charging on public charging stations. The company has not yet given details on the bike’s charging process.

The Nura is said to weigh around 150 kilograms with its tubular steel frame. The swingarm is made of aluminium, and the motorcycle also has ABS and double disc brakes at the front. With the fairing, the Nura should also offer some wind protection – all features that correspond to the kind of commuting motorcycles that are quite common in Spain.

The gross price is 8,500 euros, and the first units are to be delivered in Spain in August. It is not yet clear from either Spanish media reports on the launch of the Nura, or on the Urbet homepage whether sales in other European countries are also planned.

The electric motorbike was designed and developed in Spain, but will initially be manufactured in China. The company is based in Andalusia and plans to open its own production line for the Nura in Malaga. As yet, no details have been released about when this should happen and whether it will have an impact on the price of the electric motorcycle.