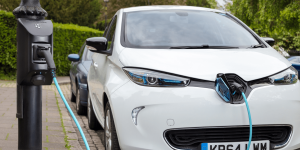 Char.gy currently operates a network with 450 connections, a number that the company expects to more than double in the coming months as Char.gy expands its network. This also does not mark the first such initiative for NewMotion, which has been busy scaling up its 2,500 strong UK roaming charge point network, as well as its own operated network. This summer alone, NewMotion bolstered its UK presence with partnerships and roaming agreements with Vattenfall, Shell & Arval.

This is not to say that the charging operator is limiting their expansion to the UK market, as they are now official charging partner for Renault, as well as Daimler, and have signed a V2X agreement with the city of Amsterdam to round out their charging technology.

This addition certainly helps expand their charger lineup by adding the on-street option, which is quite important to EV drivers living in crowded cities. As Alan McCleave, UK General Manager of NewMotion, said: “A seamless network of charge points is vital for existing and prospective EV drivers. Through roaming partnerships such as this one with Char.gy we help create easy access to the ever-growing public charging network for plug-in drivers.”