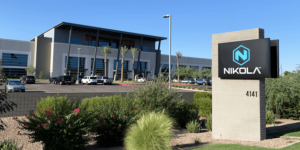 Trevor Milton, founder and Chairman of the Board of Nikola Motors, has resigned with immediate effect. Nikola has recently faced allegations of fraud.

As the zero-emission truck startup has now announced, Stephen Girsky, former Vice Chairman of General Motors and member of Nikola’s Board of Directors, has been appointed new Executive Chairman.

Girsky has not been with Nikola for long but is firmly embedded in the Nikola story. After General Motors’ 2 billion dollar investment deal with Nikola, it is undoubtedly advantageous that Girsky is himself a former GM manager. Girsky was also previously CEO of VectoIQ Acquisition Corporation – the publicly traded company with which Nikola merged for its IPO. During his time at GM, Girsky was also Chairman of the Supervisory Board of Opel and led the German company based in Rüsselsheim as interim CEO following the resignation of Opel CEO Karl-Friedrich Stracke.

Milton says he is confident that Steve [Girsky] is the “right leader”. Speaking about his resignation, Milton said: “Nikola is truly in my blood and always will be, and the focus should be on the Company and its world-changing mission, not me,” said Milton in a press release. “So I made the difficult decision to approach the Board and volunteer to step aside as Executive Chairman. Founding Nikola and growing it into a company that will change transportation for the better and help protect our world’s climate has been an incredible honour.”

For his part, the new Chairperson thanked Milton on behalf of the Board. “Trevor saw the possibility of creating an end-to-end zero-emission transportation system when the industry was still in its nascent stages and took action to build the Nikola of today, with world-class partnerships, groundbreaking R&D, and a revolutionary business model,” said Girsky.


Nikola’s operational management remains active. Milton underlined his confidence in Nikola’s Chief Executive Officer, Mark Russell, who is supported by Chief Financial Officer, Kim Brady. He said that they and the rest of the leadership team would “advance our goal of making Nikola the global leader in zero-emissions transportation.”

In mid-September, the short seller Hindenburg Research made serious fraud allegations against the prospective electric truck manufacturer. The company was an “ocean of lies”, he said, and many of the company’s achievements were based on fraud or the developments of partner companies.

Nikola has denied the accusations and has threatened to take legal action against the short seller. In the meantime, the US Securities and Exchange Commission (SEC) and the US Department of Justice are investigating the case.

Other examples are also not doing Milton’s reputation any good. Just a few months ago Nikola was touting its own “game-changing” battery. Now it seems Nikola is relying on California-based manufacturer Romeo Power Technology to make batteries for one of its prototype electric trucks, as the Financial Times reported last week.

Milton’s credibility to run an international corporation appears to have been damaged at a time when the fuel cell truck sector is receiving attention from legislators and investors alike. With the recent deal with General Motors and the favourable market conditions for zero-emission trucks, Nikola is now moving in the broader framework of transport landscape – though no longer without company. Just a few days ago Hyundai announced that they were launching a fuel cell truck to the US market.