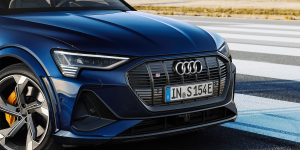 Audi is planning a new joint venture with FAW in China with a new plant for the production of electric cars based on the PPE platform. The Word is that the negotiations are well advanced and should be completed by the end of the year.

As the German publication Automobilwoche reports without naming any concrete sources, Audi wants to hold 75 per cent of the shares in the joint venture. Among other things, the location of the new plant is still part of the negotiations. So far, Audi has operated joint ventures in China with both with FAW (First Automotive Works) and with SAIC, and in both cases, with their production facilities. The FAW-Audi plant is located in Changchun in the northeast of the country. The cooperation with SAIC, based in Shanghai, is more likely to affect the south of the country.

According to the report, Audi intends to produce two models on a PPE basis that they internally refer to as E6 and EQ5. The E6 is said to be a sedan the size of the A6, and the EQ5 an electric-SUV counterpart to the Q5. As Automobilwoche speculates, the electric sedan could “make the start”.

The PPE (Premium Platform Electric) will be a purely electric platform for luxury and premium vehicles. Porsche and Audi are jointly developing the platform. However, it should not be confused with Porsche’s J1 platform that they developed for the Taycan, before making it available to a sister company for the e-tron GT. Porsche’s first PPE model will be the electric Macan, to be built in Leipzig from 2022. It is still unclear whether FAW-Audi will also produce purely electric Porsche models for China in the new PPE plant or not.

The Chinese market is vital for Audi, but so far, mainly for combustion engines. Under former Audi bosses Martin Winterkorn and Rupert Stadler, Audi invested heavily in the Chinese market at an early stage and played a leading role among German premium brands. Last year, more than every third Audi was sold in China, and with the collapse of the global car markets, China’s importance has increased even further: In the second quarter, Audi sold more than half of its cars in China.

While the then CFO Andreas Seitz previously held responsibility for the Chinese market at Audi, Audi CEO Markus Duesmann took over the China division himself as part of the comprehensive restructuring of the Board of Management.