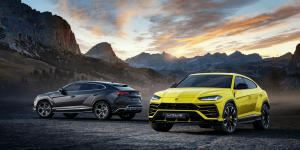 As part of its realignment towards more economies of scale in the mass production of electric cars, Volkswagen is putting the future of its Lamborghini, Bugatti and Ducati brands to the test, according to a media report. A decision could fall next month.

As Reuters claims to have learned from high-ranking corporate circles, Volkswagen management will discuss the group’s future strategy at a meeting in November and work on a new “to-do list”, as the company attempts to more than double its value to 200 billion euros by 2025.

The future of Ducati within the VW Group has been doubted time and again in the past, as the synergies between cars and motorcycles have been manageable, both in development and marketing. But the rumors have not come true so far.

It has not yet been decided to discontinue or sell the brands this time either, but rather one of several possibilities. For the Lamborghini, Bugatti and Ducati brands, Volkswagen is examining several options, including technology partnerships, restructuring, but also the sale of the brands, according to Reuters. This would also fit in with a report according to which Bugatti is to be sold to the Croatian EV manufacturer Rimac and Porsche in return wants to increase its Rimac share from 15.5 per cent to 49 per cent. Rimac is considered to be well positioned for high-performance electric drives.

Reuters attributes the sales plans for the three brands to, among other things, the fact that the trade union has blocked Diess’ plans for more extreme cost reductions. Therefore, the VW CEO would have to look for “new ways to free up cash to fund its move away from combustion engines”.

In an interview apparently conducted on the fringes of the digital AGM, VW CEO Herbert Diess did not want to comment individually on the future of the high-performance brands, but emphasized the effort the Group is putting into developing electric and autonomous vehicles for its car and truck brands. “We are constantly looking at our brand portfolio, this is particularly true during the phase of fundamental change in our industry,” Diess said. “In view of the market disruption, we must focus and ask ourselves what the transformation means for the individual parts of the group.”

In this context, the VW CEO indicated strict criteria for keeping the brands within the Group. “Brands must be measured against new requirements. By electrification, by reach, by digitalisation and connectivity of the vehicle,” Diess said. “There is new room for manoeuvre and every brand must find its new place.”

VW currently has a market valuation of 78 billion euros, but Diess is aiming for 200 billion euros. According to his logic, the group’s valuation will rise as soon as the market recognizes how profitable its electric vehicles are. “Volkswagen is severely undervalued when you look at its technological competence and global positioning and perhaps also take into account that we have the best technological prerequisites compared to our competitors,” said the VW CEO.

With reporting by Sebastial Schaal, Germany.