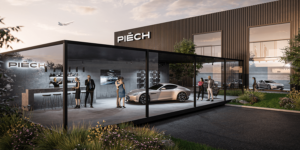 The Swiss electric car startup Piëch Automotive is getting some prominent reinforcement with executives from Porsche, BMW and Tesla. The former Volkswagen Group boss Matthias Müller will become chairperson of the company’s supervisory board.

Matthias Müller joins Piëch Automotive about two and a half years after he retired from Volkswagen’s top management where he was also CEO at Porsche. “The mission of the two founders inspired me because it is more consistent and visionary than any new approach I have encountered during my work in the automotive industry,” says Müller. At Volkswagen, Müller was mainly involved in dealing with the diesel crisis, but also with the development of the MEB platform which he drove forward with the then brand boss and his later successor Herbert Diess. At Porsche, Müller was responsible for the decision to put the Taycan on a separate electric platform.

Co-founder and namesake Toni Piëch said: “With Matthias Müller, we have managed to convince a long-standing and successful manager in the automotive industry of our disruptive approach. He will be an experienced advisor and contact person for us.”

For the last four years, the technology department at Piëch Automotive has been led by former BMW M engineer Klaus Schmidt, who has now also been promoted to Co-CEO. Andreas Henke, former Porsche marketing manager and later Burmester CEO, is to join as the second Co-CEO. Henke and Müller know each other from their time at Porsche. “The dual leadership of Klaus Schmidt and Andreas Henke strengthens our goal of not only bringing highly innovative vehicles to the road but also establishing the brand and completely redefining the relationship with our customers and prospects,” says Rea Stark, one of the startup’s two founders.


From Telsa, Piëch Automotive will be gaining a new sales director with Jochen Rudat, who was the former Tesla European boss as well as being the interim head of sales at Automobili Pininfarina. The prominent German investor Peter Thiel is also said to have participated in the Piëch project.

Piëch Automotive, founded by Toni Piëch and Rea Stark, presented an electric sports car called Mark Zero last year, which is scheduled to go on sale at the end of 2022 or early 2023, with several other vehicles to follow. The Mark Zero should be using a new cell type.

The electric car startup has also announced the second round of financing which should be launched in the coming months under the guidance of UBS bank. At the trade fair premiere in Geneva, Toni Piëch estimated the company’s financing requirements until the Mark Zero is ready for series production at around 500 million euros. In another report, Co-CEO Henke said that a smaller sum would be sufficient.

The Swiss electric car startup recently presented the design freeze of the e-sports car has built the prototype. Now the next phase will begin with testing. Piëch Automotive’s modular vehicle concept should allow numerous body variants and drive systems as well as “continuous upgrades in hardware and software”.

The core of the electric sports car is to be a special battery that can recharge up to 80 per cent of its capacity in just 4:40 minutes, which is to correspond to a range gain of 400 kilometres – the WLTP range should be a maximum of 500 kilometres. The Mark Zero sports car will be followed by two other vehicle concepts based on the same modular architecture.

Lotus working on a light platform for electric cars