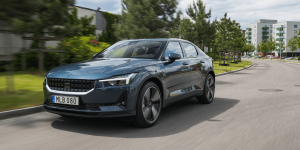 Volvo subsidiary and electric car manufacturer Polestar is in talks with investors to raise at least 500 million US dollars. At this stage, the corresponding financing round has not yet been concluded.

Polestar is aiming for a valuation of around 6 billion US dollars, writes Bloomberg, referring to people who are familiar with the processes. The exact conditions could still change, which is why the figures quoted here should be treated with caution.

Polestar is currently owned by Volvo Car AB and the Zhejiang Geely Holding Group, which also owns 100% of Volvo Car. Neither Geely nor representatives of Volvo or Polestar based in China wanted to make any statements to Bloomberg.

Polestar is based in Gothenburg, but all vehicles are built in China. With the Polestar 2 sedan, the manufacturer has developed a highly regarded electric car. Recently Polestar 2 has been plagued by technical problems and already two recalls for the model. Despite this, the brand is said to have great potential.