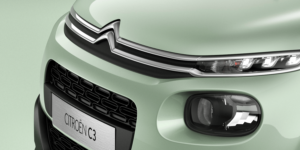 Citroën plans to position the next generation of its C3 small car as a particularly affordable electric model. According to a report in the French media, the PSA brand wants to position two versions well below PSA’s familiar electric drive.

According to information from the French news site L’Argus, the new Citroën C3, set for market launch in Europe by 2023, will have two electric offsprings that will be positioned well below the Peugeot e-208 in terms of performance and price. The talk is of around 37 kW and 59 kW motor power and batteries with a capacity of 30 to 40 kWh, but the news site has not named any sources for this information.

By way of comparison, the e-drive currently used in PSA’s e-CMP uses a 100 kW electric motor and a 50 kWh battery. This drive is offered in a variety of PSA models, including the Peugeot e-208 or Opel Corsa-e. The current generation of the C3, built since 2017, is still based on the so-called PF1 platform of PSA, the predecessor of the CMP.

The report does not indicate whether the new C3 will also switch to the ‘Common Modular Platform’ and introduce a new variant to the e-CMP with its weaker electric drive. This does seem possible, also with regard to production since the C3 is being assembled on a PF1 basis in Trnava, Slovakia. The Peugeot e-208 on e-CMP basis is also being built there. A change to CMP would therefore be obvious, especially since costs have been optimised in the further development of the PF1 platform. Plans for the next C3 for Europe being built together with its local counterpart in India seem off the table.

While the L’Argus recently reported that PSA will probably rely on battery cells from its own joint venture ACC for the Peugeot e-3008, the inexpensive Citroën is apparently to rely on products from a Chinese manufacturer. The NMC battery cells for the e-C3 will apparently come from SVOLT.

The battery cell manufacturer that emerged from the Chinese car manufacturer Great Wall is planning a factory in Europe, which according to our information will be designed for an annual capacity of 24 GWh and whose location will be officially announced next week on Tuesday. A few months ago there was already a report that SVOLT had received a large order from the French PSA group with a volume of more than 7 GWh.

There is a simple reason why the e-C3 does not simply use the existing 100 kW drive and its own ACC cells: PSA boss Carlos Tavares apparently wants to position Citroën as the group’s new entry-level brand. In future, the DS brand will be responsible for the automotive avant-garde. With the DS 3 Crossback, it already has an electric car with the familiar 100 kW drive. A further model with a similar price structure to DS 3, e-208 and Corsa-e would be counterproductive.

Instead, according to L’Argus, Citroën should become “a kind of Dacia in PSA sauce”. The e-C3 with the probably cheaper SVOLT batteries could therefore be positioned against the Dacia Spring. But how cheap the e-C3 could really become is not mentioned or even speculated about in the report.

Ein Kommentar zu “Next Citroën C3 may be a small, affordable electric car”