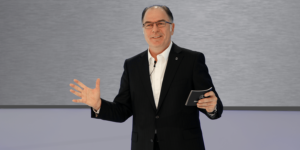 IG Metall Berlin is reacting with a protest action to the news that Tesla has apparently poached René Reif, the former head of the Mercedes engine plant in Berlin-Marienfelde. The change is perceived “as a betrayal”, the union said in a statement.

René Reif was head of the Berlin plant until the end of October. As the Berliner Morgenpost reported, Daimler declared upon inquiry that Reif would take early retirement at the end of the year at his own request. It was not known in which function he was now working for Tesla. The IG Metall union interprets Reif’s poaching as a capitulation of the Daimler company to its American competitor.

The employees’ anger is not only ignited by this personnel, but also by Daimler’s plans to stop investing in engine production at the site and to cut numerous jobs locally. “The announcement of the gradual closure of production is also the wrong industrial policy signal,” says Jan Otto, Managing Director of IG Metall Berlin. “It is surely unacceptable that Tesla is building a completely new plant with 10,000 jobs less than 50 kilometers from the Mercedes Benz plant in Berlin, and at the same time the Daimler management can think of no more than faltering ahead of the future and closing its oldest manufacturing plant here.”

With 2,500 employees, the Mercedes-Benz plant in Berlin is one of the largest industrial employers in the Berlin-Brandenburg region. In Marienfelde, engines, engine components and transmissions are manufactured on 500,000 square meters of factory space.

What rockets a person across the Alps at 300 km/h?