The Munich-based company says that a corresponding agreement has now been reached between Lilium, the Tavistock Development Company and the City of Orlando. Around Orlando, the first urban and regional air mobility network in the USA will be built as well as the Lilium site in Lake Nona.

Lake Nona was chosen because of its central location. The location offers the opportunity to connect more than 20 million Florida residents within a radius of 186 miles (300 kilometres). Lilium wants to be able to serve “several large cities”, including Orlando, Tampa, West Palm Beach, Ft. Lauderdale, Daytona Beach and Jacksonville. At the Lake Nona facility called Vertiport, 100 jobs are to be created, and the company says that “hundreds more will follow throughout Florida”.

From Lake Nona, Orlando, Space Port and Cocoa Beach will be less than 15 minutes away by air, Tampa or Port St. Lucia less than 30 minutes. The city of Miami is at the farthest edge of the 300-kilometre circle around Lake Nona, which would be 60 minutes by plane. The Lilium Jet should be able to cover those 300 kilometres within one hour on a single battery charge. 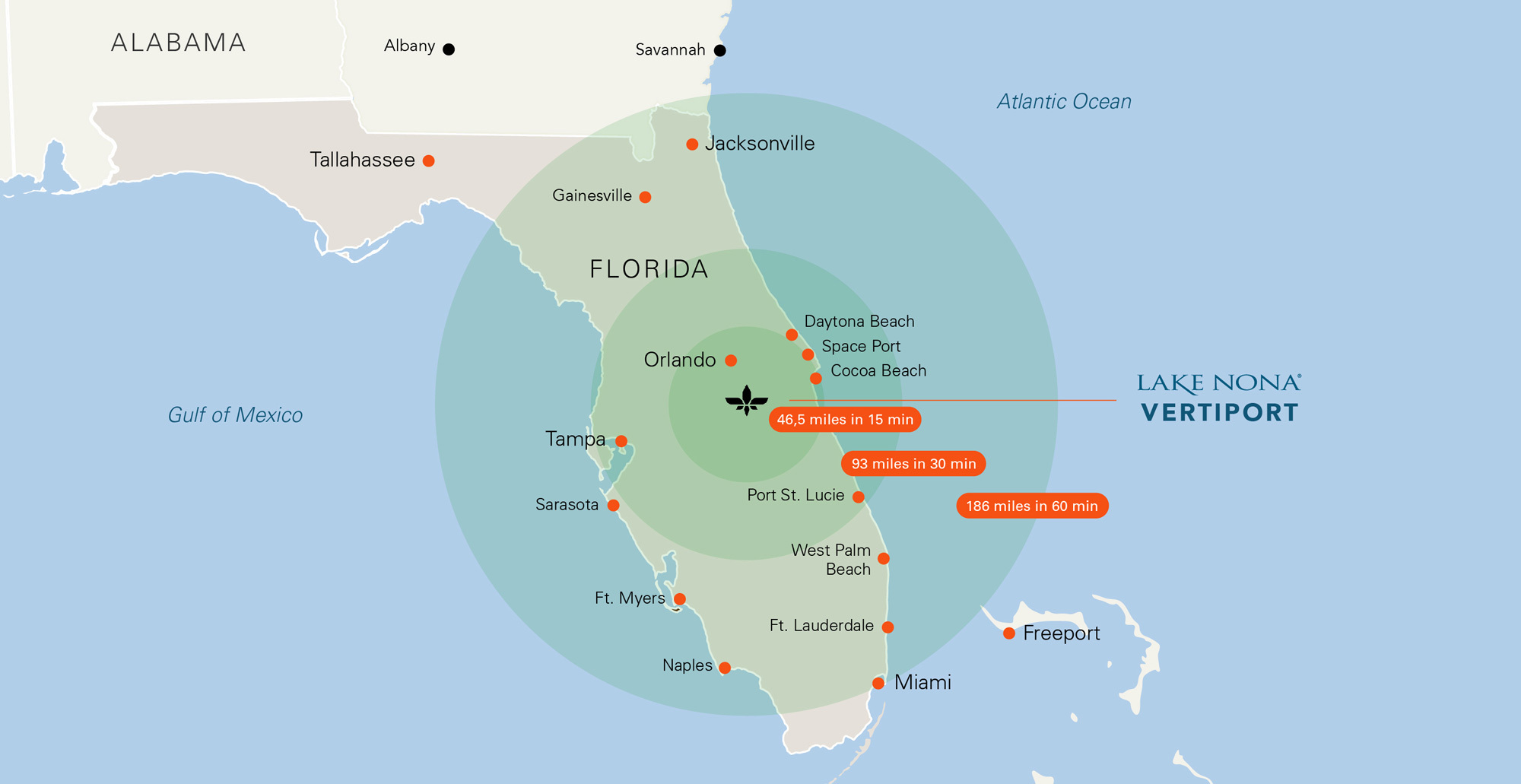 The partner Tavistock is specialised in the design, planning, construction and development. According to Lilium, Lilium hopes that Tavistock will “support the efforts to build this scalable regional high-speed transportation system at key locations in Florida”.

“We are thrilled to partner with Tavistock and build the first stretch of Florida’s high-speed electric transportation network with Central Florida at its core,” said Remo Gerber, COO of Lilium. “It shows that regional high-speed air mobility can be built by private initiative and give communities such as Lake Nona, which can also serve Orlando and arrivals from its international airport, the ability to determine themselves whether they want a link into a high-speed transportation network.”