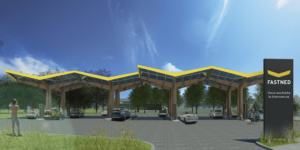 Fastned has received the first order from France. The highway operator Autoroutes Paris-Rhin-Rhône (APRR) has commissioned the Dutch company to build and operate nine charging parks. The French Ministry of Transport must still approve the contract.

Due to the pending approval, the details are still provisional, but the listed fast-charging company has already announced them regardless. Once the expected permission has been granted, the construction of the charging stations is to begin next year, according to Fastned. After that, the company will be allowed to operate the stations for 14 years. 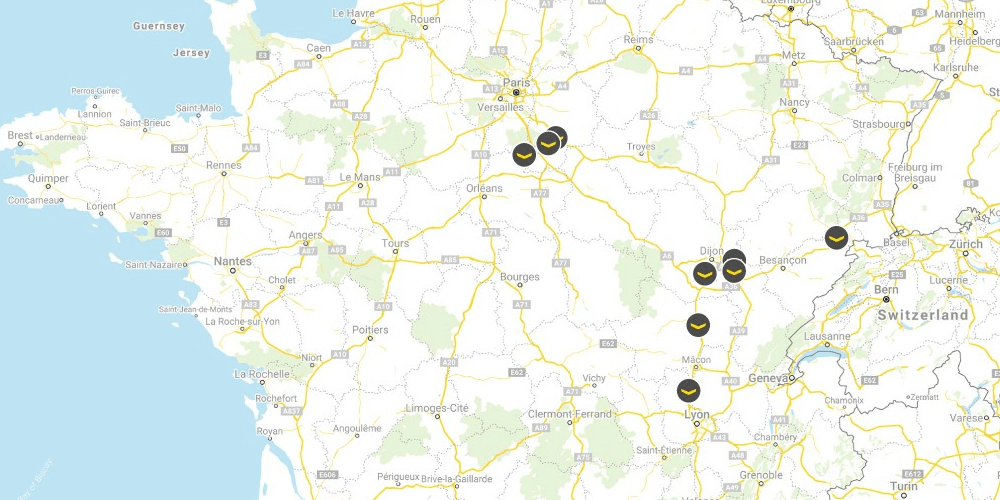 Fastned does not mention the maximum charging capacity of the individual charging points in the communication. Still, the company has recently built up Hyperchargers from Alpitronic with up to 300 kW or replaced older installations. The charging points in the Fastned specification usually have two CCS connections and a CHAdeMO cable.

The charging stations will have the Fastned-typical yellow roof with solar panels, the roof itself will be mounted on a construction made of FSC-certified Holt. As energy source, the Dutch state 100 percent renewable electricity from a mix of wind and solar energy.

“These locations provide a solid starting point for Fastned in France. Also, it shows the value of public transparent procedures to issue operating contracts to accelerate the realisation of charging infrastructure” says Fastned CEO Michiel Langezaal. It is the first time that APRR has put charging infrastructure out to public tender.

The Dutch company, based in Amsterdam, has built 129 rapid charging stations in the Netherlands, Germany, the United Kingdom and Belgium since its foundation in 2012. The first station in Belgium was only opened in October.