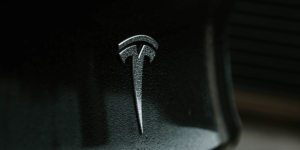 The fresh capital is to be used to reduce debt and bring new vehicle models to market. According to the Californian company, ten major banks that includes Goldman Sachs, Citigroup Global Markets and Morgan Stanley will be responsible for selling the shares.

At the end of the third quarter, although $14.5 billion in liquidity was on the balance sheet, Tesla is working on costly projects with the development of the Semi and Roadster 2, the expansion of the Gigafactory Shanghai and the new buildings of the Gigafactories Berlin and Texas, in addition to the development and establishment of its own battery cell production. For these projects Tesla needs capital.

Tesla’s market capitalisation is currently over 600 billion dollars, making five billion dollars seems almost manageable. In 2020, the share price has increased almost eightfold, with the most recent price at around 650 dollars.

Tesla carried out a stock split with effect from 31 August and subsequently announced a capital increase of five billion dollars in September. As in September, this is not a classic capital increase in which the new shares are issued at one go. Instead, the participating banks can place the shares in several small tranches over a certain period of time.

Another important event for the Tesla share is scheduled for December: On 21 December, the share will be included in the S&P 500. The announcement alone has caused Tesla shares to rise by around 60 per cent over the last few weeks. Tesla now intends to take advantage of this good market situation by issuing the new shares itself. Since Tesla’s market capitalisation is even higher than in mid-November, funds that track the S&P 500 will have to buy even more Tesla shares than they already have. This means that Tesla does not have to worry about potential buyers for the capital increase.