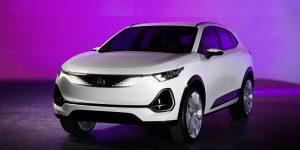 Poland’s first electric car plant will be built in the town of Jaworzno in the south of the country. The groundbreaking ceremony for the factory is scheduled for next year, with production starting in 2024. In July, ElectroMobility Poland (EMP) presented two electric car prototypes to be produced.

EMP had analysed around 30 locations in Poland for their suitability in the run-up to the decision. With a memorandum of understanding now signed by Environment Minister Michał Kurtyka, representatives of ElectroMobility Poland, and officials at the local and regional levels, the factory construction is now taking place in Jaworzno. EMP says that the choice and the government’s financial support for the project will make it possible to start the investment in autumn 2021.

According to the initiators, the originally targeted start of production in 2023 proved to be too ambitious. Instead, the assembly lines in Jaworzno should start rolling in 2024. As yet, the company has not revealed details yet on the planned production capacities but around 15,000 jobs have been announced, including 3,000 at the plant itself and 12,000 with suppliers and subcontractors.

ElectroMobility Poland is owned by the state-owned energy groups PGE, Tauron, Enea and Energa. The company is also the developer of the Izera, the future Polish electric car, which, as was said at the presentation of the first two prototypes, is to be based as far as possible on components from Polish suppliers, although this will probably only be possible to a limited extent. Component integration, for example, is the responsibility of the German company EDAG. The vehicle will also use the existing electric car platform of an as-yet-unnamed manufacturer.

The data on the Izera is still manageable. At its presentation in the summer, EMP announced two battery variants with 40 and 60 kWh. The car is to be able to charge to 80 per cent in 30 minutes at a corresponding fast-charging station, and the manufacturer states that the expected range is 400 kilometres. The next prototypes shown were a compact car and an SUV.