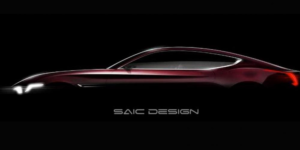 The British SAIC brand MG Motor is apparently planning further electric models. According to a British media report, an electric compact car and a sports coupe are to be launched on the European market this year.

As reported by Autocar, the small electric car is to be roughly the size of the MG 3 and thus compete with the Renault Zoe. The report mentions “under 20,000 pounds” as a possible base price, which is currently 22,155 euros.

Little is known about the technical specifications. Autocar speculates that the small electric car will adopt the MG ZS EV’s powertrain to save costs. However, it is likely that the battery will be somewhat smaller than the 44.5 kWh energy content in the MG ZS EV. It is further speculated that DC fast charging at 50 kW, which is standard on the ZS EV, could also become an option at extra cost on the small car.

A battery-electric sports coupe is also said to be planned for late 2021. The as-yet-unnamed two-door flagship with four seats is conceptually based on the E-Motion concept presented in 2017. Autocar expects a starting price of around £30,000 (€33,233) and sales across Europe.

Images of the vehicle, which are required in China during homologation, are said to show that the study’s basic shape with its sloping roof has been retained. The butterfly doors, however, look like they have not made it into the production version.

As yet technical data yet for the electric cars has not been revealed. At the presentation of the study, it was said that the sports coupe should be able to accelerate to 100 km/h in less than four seconds with two e-motors and offer a range of 300 miles (482 kilometres). While the report considers the former realistic, the targeted range is in doubt. Compared with the ZS EV (262 kilometres range with 44.5 kWh energy content), either the battery would have to be larger (and more expensive) or the coupe would have to offer a significant leap when it comes to efficiency.